As I’ve been tapping away, laying down small dabs of colored ink on my current drawing “Succulent”, I found myself feeling a bit lonely. Now when I say lonely, I’m not referring to an absence of social interaction or some sort of lack of being understood. Rather what I’m referring to is this loneliness I felt in artistic style. The way in which I create my work is by using a drawing and painting technique generally known as stippling or pointillism. The terms are often used interchangeably but I like to think of stippling as when I use nothing other than black ink and pointillism when I use mostly colored ink. It’s my personal way of keeping the two terms straight in my head. But you see, pointillism isn’t as widely used as a technique in the art world, which I’m sure is probably due to how time intensive it can be. So if I where to go to my local bookstore and pick up a drawing magazine, looking for inspiration, it is very rare that I will flip through the pages and see scores of images of contemporary artistic works done using pointillism. It is in that I felt this bit of loneliness. So for inspiration, instead of turning to contemporary artists, I am led back to the works of Paul Signac.

I first became aware of Signac while taking an Art History course in college. I had already been introduced to the technique of pointillism in high school but I knew nothing of it’s origin and history. (I’m glad that I took Art History instead of some other elective.)
Signac was a close friend and influenced by George Seurat, who also created pointillistic paintings. And although Seurat is more well known for his ‘A Sunday Afternoon on the Île de la Grande Jatte’ painting, I’ve always taken a liking to the work of Signac more. Maybe it was how he seemed to focus more on landscapes and natural elements in his work rather than the human world. Being someone who is more oriented towards the world of Nature than man, it’s natural that his work would appeal to me more. But I also find Signac pointillistic paintings more defined, taking on a more realism feel where Seurat’s pointillism feels more diffused and a bit abstract. Now, don’t get me wrong, I’m not saying that Seurat’s work is bad or wrong, I do admire his work especially in regards to pointillism, so I’m not dismissing him. It’s only that if I had to choose between Signac and Seurat as a source of inspiration for my own work, it would be Signac hands down. It’s to Signac I turn when I might need an idea on how certain colors may mix or when I need a reminder of what can and can not be achieved with a pointillism. But it’s also to Signac I turn to quell that tinge of loneliness I feel travelling down the pointillist path.

Water is essential to life but water can be noxious to a living being if it is taken from a contaminated source. This is the same with spirituality. We can inadvertently contaminate our own spiritual wells with qualities of doubt, fear, arrogance, boastfulness, divisiveness, hate, condescension and judgment. It is bad enough when these sediments slip into our own spiritual wells but it is far worse to take water from that same well and share it with others. So be ever so mindful of what seeps into the waters that fill your spiritual wells. You may unknowingly contaminate a whole village. 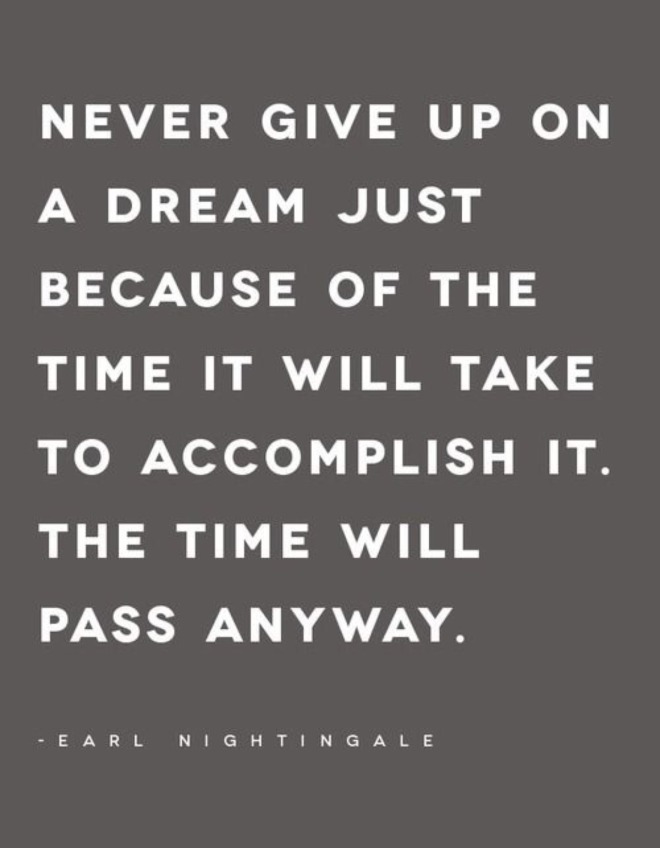 Whenever I think about quiting, to give up on my own dreams and succumb to the hum drum, I think about this elderly West Indies lady I met back in college. She was waiting on public transit to come pick her up from after classes and I was just waiting for the rain to let up so that I could get to my car. She was gitty and full of joy and in a polite moment of chit chat, she informed me that she was 57 years old and that she was graduating come May with her Associates. I offered her my congratulations. She went on to tell me how she came to this country with two children in tow and a aging mother. That she worked a full time job, cared for her mother and her children and had been taking classes in the evening whenever she could. It was her dream to get a college degree and after 13 years of taking classes here and there, while working full time and caring for her family, she was on the cusp of achieving that dream. I was genuinely happy for her. I never knew her name and I don’t recall ever seeing her after that brief encounter but I always remember her whenever I get discouraged. In a world where we want things to happen yesterday and we don’t have the patience for tomorrow, she stands as a testimony that we shouldn’t put time limits on our dreams. That no matter what we should keep working towards them even when our efforts seem miniscule. Eventually with time all those little efforts will add up to achieving our goal.

The universe buries strange jewels deep within us all, and then stands back to see if we can find them. The hunt to uncover those jewels, that’s creative living. The courage to go on that hunt in the first place, that’s what separates a mundane existence from a more enchanted one. 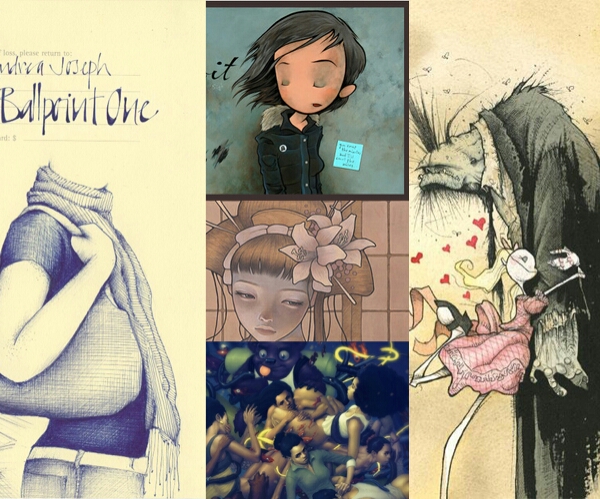 …the key word here is “few”, because there really are many.

Andrea Joseph – Her work is filled with the simplicity of everyday things. Cars, keys, stamps, laundry, you name it. I’m fascinated with the fact that she takes things that can be found in our everyday lives and make beautiful drawings out of them with nothing but ballpoint pens and moleskines.

Kurt Halsey – His work is sweet, tender, emotive and touches the romantic in me.

Audrey Kawasaki – There is such a delicate softness and femininity in her work that I often wish I could capture in my own. Her style has a unique elegance to it that can’t be duplicated yet I’ve seen others try.

Paul Davey – I love all the earth tones and details in his work. I can look at the same piece over and over again and always find something new about it.

Gris Grimly – He is my Tim Burton of visual arts. (I’m a Tim Burton fan.) Having to explain why I like Grimly’s work often leaves me speechless. I just like it, that’s all I can say.