Creative ruts sucks and I’ve been feeling a bit stuck in one as of late. So today, in an effort to dislodge myself, I pulled out an old morgue file that’s been tucked away on a shelf for some years now. Not looking for anything in particular but rather just curious as to what cut out images I had stored away, I suddenly found myself swimming in a long forgotten sea of inspiration that I’ve been in desperate need of lately.

Back in the day, before there was Pinterest, I had a subscription to Harper’s Bazaar. During that time the internet was filled with 90s designed websites and there was no such thing as a smartphone. Back then, I was taking a few graphic and web design courses with the intentions of making a career change. It was in these courses that I was introduced to the concept of a “morgue file”. Originally a morgue file was the collection of files and notes that criminal investigators kept for cases. But in the field of the arts, it’s more or less a collection of reference materials used for projects or later reference. I kept such a thing for myself, composed mostly of images of models in artistic poses and wears from my Harper’s Bazaar subscription and various other magazines, along with notes and drawing how-tos I printed off from the web. Physically thumbing through magazines and selectively cutting out images that I might later refer to was actually enjoyable. I used to just sit and study images, sometimes making thumbnail sketches or sticking little post-its with brief notes to my clippings. I could spend an afternoon just doing that. It was a bit of a refuge for me.

I’ve long since abandoned this practice for the convenience of digital files and Pinterest. But thumbing through it today has got me feeling all nostalgic. I’ve found notes on how to better convey emotions when drawing facial expressions. Tips on how to create effective characters and some interesting tidbits on panels. (I think I was interested in graphic novels at the time.) I feel rather grateful that my younger self took the time to do all of this. Some of the stuff is dated from over a decade ago. Who would of knew it would be the perfect thing I would need to get me over this creative rut I currently feel stuck in.

Maybe I’ll get back into the practice of keeping a physical morgue file. It’s like having a visual diary offering a glimpse into my mind from time gone by. Yeah, it’s an antiquated practice and who has time for that when we have the internet and smartphones that are essentially mobile computers in our pockets. Bit there’s just something much more personal about spending a little alone time building my own personal collection of reference material and I’m one of those people who is all for those more intimate and cozy things in life.

It’s been a year now since she moved on from this plane. I miss the sound of her little paws racing down the hall, coming to greet me whenever I return home. Part of me longs to get another feline companion, yet part of me feels it’s too soon and fears going through the trauma of loss again. They don’t live as long as us and I’m still young enough to out live another furry friend. Maybe I’ll wait until I’m 60 to bring one home again. We’re bound to leave this world together then…or at least I won’t be too far behind. For now though, my heart still aches from the loss and yet longs for the void to be filled. I think I’ll always miss my little buttercup but it’s still too soon for me to move on. 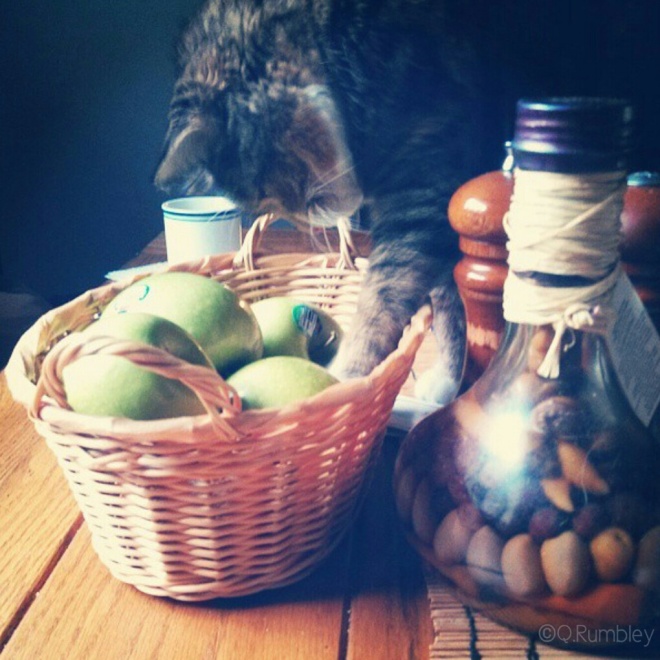 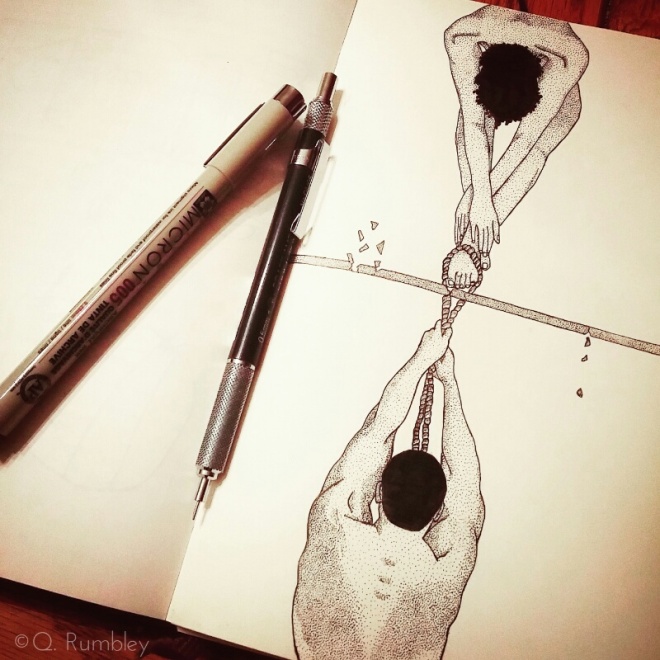 I’ve been reminiscing a lot lately, back to a time, not too long ago, when it was just me, a Moleskine sketchbook, one mechanical pencil and a technical pen. Such simpler moments. A little something I would like to get back to.

My brain has been fried as of late with all that is going on in the world right now. Unable to keep up or keep the chaos in my head straight. I find myself “disconnecting” more. People come to me and say “Did you hear about…” “Have you read about…” “Girl, did you see on…” And I almost feel embarrassed to say “No, I haven’t.” There’s only some much I can attend to. There are only so many things I can give my energy to before I burn out or sink into a depression. It’s difficult to keep creativity flowing with so much turmoil and outrage.

…so I unplug and try to cultivate moments of simplicity and peace before the chaos consumes me.

I’ve realized that my recent desire to return to doing some works in just black ink is my creative spirit expressing this longing for simplicity. I’m gonna just flow with that for a while.

One small act of picking up a pen and eight years later I’m still doing it. I had stop for quite some time after graduating from college. Resigning myself to the fact that maybe the creative path wasn’t the best course to take in life and settled for something more practical and safe; a desk job at a medical billing company that led to over a decade of administrative work in the healthcare field. But in the winter of 2009, what was innate in me begun to stir again, so I picked up a pen and this drawing came out. It begun as a bunch of circle at first. I hadn’t set out to create anything particular. I just wanted to create something, even if it just turned out to be nothing more than a bunch of stippled circles on a page. But this little creature emerged from a shell. Maybe in some subconscious way it was a symbolic manifestation of my own transformation of slowly embracing what I had become afraid to be…an artist. A lot of internal struggles have been quietly fought and won over the years that make me look back at this drawing and feel thankful that I didn’t try to silent my creative energy that winter in 2009 and allowed myself to begin again.

Welcome to my humble little studio. This is where all the magic happens…okay, it really happens in the corner of the couch that’s out of view but this is where the magic gets finished. As you can see it’s just a drawing desk and a bunch of my drawing pens in old coconut oil jars and cups along with a couple of other knick knacks. There isn’t much too it but it’s my little sacred space where I’m able to get things done.

One day I will have a beautiful home studio with a big desk, lighting and camera equipment for capturing my own photo references, hopefully a personal model or two and books and sketches all over my walls. I’ve got studio goals. 😊