Pretty much, it’s on it’s last leg…I guess. It’s only two years old but in the tech world that’s equivalent to being a  dinosaur. Actually, the screen just keeps blacking out and although, with the help of a few Youtube videos, I’ve found some solutions but they only turned out to be temporary fixes. So I’ve succumbed to the reality that it’s time to get a new one. I suspect that these devices are designed to start malfunctioning around 2-3 years from reading through Youtube comments and noticing others were having the same issues around the same time with their phones. It feels a bit like a con that forces you to upgrade not because there’s some amazing function on the new phones that will ultimately improve your life but simply because the company and manufacturers need to keep making profit. Things are no longer built to last, they’re just built for consumption.

As someone who does most of her online activities on her phone, I thought being without it would be awkward at best, agonizing at worst. I’ve gotten so use to checking Facebook, Twitter, Instagram, WordPress, eMail, ordering stuff through apps, and watching Netflix via my phone, I thought that not having mobile access would disrupt my daily existence. That clearly has not been the case. Actually my mind has been at ease. Although I can do all of those things on my laptop, which is more so a backup strategy for me, I’m really not too fond of sitting in from of my computer. So I’d rather do something else than crack open my laptop, unless it’s absolutely necessary, like right now. Instead, today, I did some reading, worked on some of my art, cleaned the bathroom, worked out, made chili from left over meat sauce and took a nap. It was a relaxing day with none of the anxiety that creeps in when your phone is “dry” or acting like a Pavlovian dog with all the constant blinking or buzzing from text messages, emails, “likes”, retweets and comments. Not that I don’t appreciate the engagement but I can’t help but notice how it’s conditioning me. It’s nice to just be with myself even if the “disconnection” was involuntary.

So I have a new phone on order and therefore waiting on its delivery. In the meantime it will probably be a few days before I do anymore posts, as I said before, I really don’t like sitting in front of this laptop. So until my phone gets here I’m going to just enjoy my “me time” with hopes that all of you lovelies are doing well. 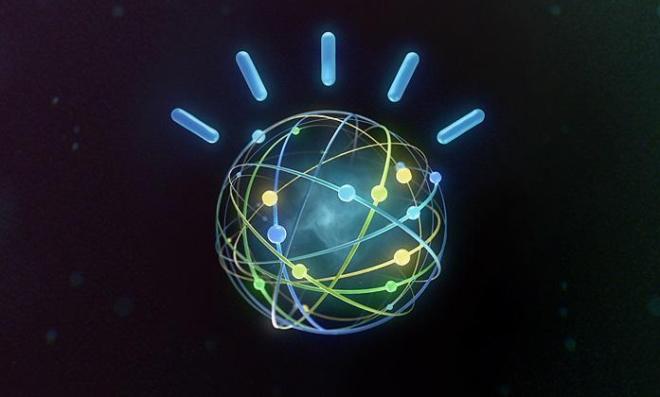 This maybe off topic…or maybe not, from what I typically post about; art, nature and the like. And I maybe late to the game on this but as an artist who is fond of the notion of humans as being a part of Nature and that we should reconnect, stay connected and sustain our natural environment, I find this move towards connecting the world of humans with machines in more varied and intimate ways a bit jarring.
Like I’ve mentioned before, the internet is a rabbit hole for me, I start on one topic and fall into another, which is how I stumbled across IBM Watson; an emerging cognitive platform that can understand, reason and learn. Such technology is obviously groundbreaking and you can’t deny the innovation behind it. So maybe I’m being a bit of an alarmist and jumping ahead of myself without giving much thought to how this could impact us in a positive way. Maybe we can use this technology to help build a more sustainable environment for our growing global population. But I admit, I’m very much influenced by Taoist philosophy, there’s always a negative lurking somewhere behind a positive, no matter how small, so I wonder what are the potential non beneficial aspects that such a technology could lead to? How can something like this, in any way, possibly undermine our lives if we don’t explore every thinkable scenario that such an innovation could lead to both beneficially and non beneficially to humans and all of life?

Here are a few clips from Youtube below for more insight. Let me know what you think by sharing your thoughts in the comments section. Welcome to the Cognitive Era.